Populism is Killing Politics. But are We Helpless? 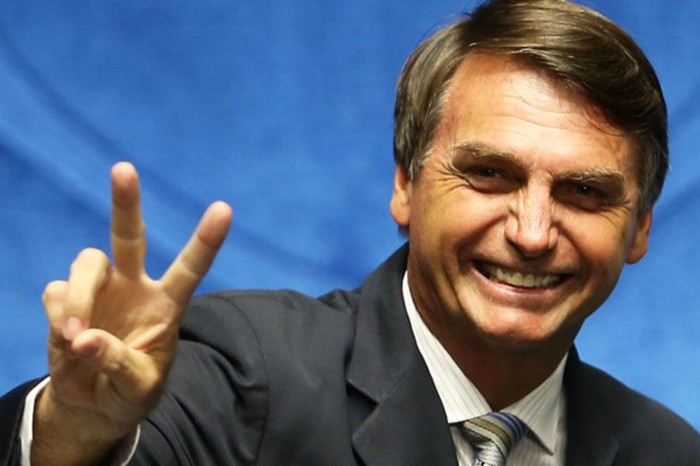 These names are firmly engraved on the Hall of Fame in the annals of populist politics from just the past three years, but right-wing populism has been consuming politics for several decades. As the world today marks the 100th anniversary of the end of World War 1, it is poignant to reflect on some of the disastrous political ideologies that followed that dark era: Fascism, Nazism, extreme nationalism, authoritarianism and all political systems that were built on populist frameworks. While populism remains a subject open to interpretation (good or bad), at its core, it seeks to polarize populations and utilize the tactic of fear to pursue narrow-minded objectives; populism has fuelled some of the worst episodes of subjugation that the world has experienced and it is sadly making a comeback. Some argue that it may not last long as the world moves in waves, but could this be the beginning of the end of rational politics? Are we all at the mercy of right-wing populists?

To be clear, the impact of populism on a political state could be deadly; it has the potential to embolden extremists, terrify passive reformists and to eliminate centrists. As has been witnessed in the USA, the Philippines, the UK, Italy, Hungry and now Brazil since the turn of 2016, extremist voices are beginning to dominate politics, and centrist voices are becoming quieter. The blatant display of confederate flags in parts of the USA coupled with the painful rhetoric of silencing journalists and the reality of politically-motivated arrests in parts of Asia and the Middle East have revealed some of the underlying fault-lines in global politics, all fuelled by populists. But populism has an even more dire effect on the youth — it deepens ignorance about the real issues of societal development and promotes agitation without understanding. It is not unusual to see young people take to the streets to protest every imaginable cause, but hardly ever does a concrete policy proposal accompany those protests. Don’t be fooled, activism is alive and well, but without the foundation of policy recommendations, populism could blur these protests beyond recognition.

The perpetuation of skepticism and fear is another of the lasting vestiges of populism — that notion that we are all in danger, and the “other” is our biggest threat: the other being Mexicans, Iranians or North Koreans if you are a victim of Donald Trump; African migrants attempting to cross the Mediterranean if you are under Matteo Salvini; Syrian refugees if your poison was Nigel Farage and his band of Brexiteers; or just any other group that is masked as a threat to your existence. Populism challenges the ideals of globalization and shrinks the world around itself, as Angela Merkel realized in Germany, and it stifles overall involvement in political life. In rare cases, it has the potential to embolden activists who choose to fight back, as has been the case in the recent US mid-term elections, but these episodes are few and far between.

The future of politics appears even bleaker unless we choose to take back power from strongmen and strongwomen politicians who will have us cower in fear for the rest of our days. A very real futuristic scenario is one in which extreme right-wing politicians continue to dominate public discourse, nationalist rhetoric becomes the new normal, dictatorships thrive, journalists and public critics are silenced, jungle justice becomes the order of the day, judicial systems are compromised through political influence, personal freedoms are stifled and activists dominate governments. In this new order, politics becomes less intellectual, public conversations revolve around flawed personalities rather than policy proposals, youth participation in politics is cursory and new entrants into the public sector are political protégés of populists. In the rare event that populism drives the average citizen to the polls in record numbers, will they find enough credible candidates whose ideologies mirror their aspirations? There are more questions than answers.

Today, populism has tainted politics by entrenching a system of skepticism and ignorance such that few young people are enthusiastic about the political futures of their countries and the world, and even fewer have imagined their role in reforming the public sector. Many have given up on political change ever becoming a reality, especially considering that pathways into the public sector are very narrow. For a public sector aspirant anywhere in Africa today, the barriers to entry into politics are ridiculously high and the motivation to attempt to navigate them is nonexistent. It is good to hope that things will become different over time, but hope is not a strategy. There can only be change through deliberate action.

So, here are three proposals for deliberate action for all who care:

1. There must be a return of political training schools — There used to be a generation when budding politicians were tutored in the instruments of governance and the rules of public discourse by experts; an era when political salons were commonplace. There was a time when the writings of political sages inspired public policy, but those days seem to be long gone. If we will not sacrifice our future to the whims of the next blabber, there is an urgent need for political training schools to ground the next generation in solid understanding of the legislative process and the various approaches to meeting a society’s economic and social needs.

2. We must lower the barriers to entry into the public sector: Today, only the brave dare consider careers in politics. On the one hand, a career in politics appears ridiculously lucrative, and on the other hand, the barriers to entry are extremely high. That leaves young political aspirants in two camps: those who can only dare to dream and those who grovel at the tables of shady politicians to earn their daily bread. We urgently need political action networks that can enable the emergence of credible candidates with reformist ideas to access political spaces, and we must de-commoditize public service. Politics should be a means to serve citizens, rather than a never-ending window into plundering the common purse.

3. We must reform media narratives away from extremism into centrism: The more attention mainstream media pays to coverage of extremist politicians, the less space is made available in the mind of citizens for centrism. One of the primary tactics of populists is to hug media attention (case in point: Donald Trump); sadly, few journalists seem to be able to shake off the debilitating effect of these maniacs until they are completely sucked in. Unless we devote equal attention to values-driven conversations, our politics will be doomed forever.

There is yet hope for the nature of public engagement, but the window of opportunity is shrinking. Before the next round of elections that will throw up the surprise of another Jair Bolsonaro or the next Donald Trump or the African version of Viktor Orban, we must get to work.

Excerpts from a presentation delivered at the 2018 Common Action Forum in Johannesburg, South Africa on November 11th, 2018.