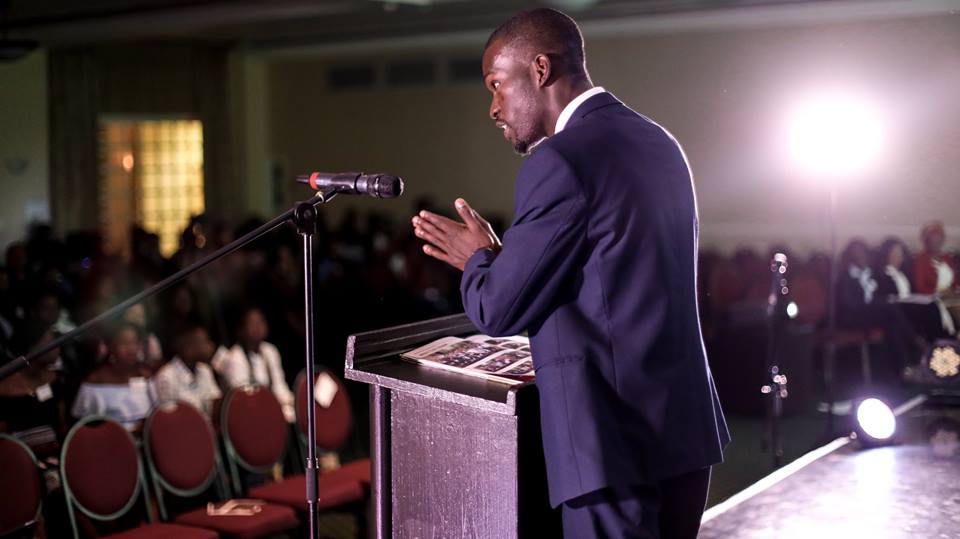 “I am a Nigerian going to school here in the US, but I’ll like to eventually have some impact in my home country, and I’m just not sure how to go about it. Do you have any advice for me?”

The question was asked by a young lady named Simi, after I had delivered a talk to a room full of young Africans at Temple University, Philadelphia on November 15, 2013. I was struck by her question because I could sense the sincerity behind it, and I could also sense the helplessness. Growing up in a society where your default sense is to complain about the inefficiencies all around you, and your primary hope is to escape those debilitating circumstances and live a better life, when the day arrives that you see more beautiful shores, your heart might tug at you to do something for those who were left behind. I had been there, I knew that feeling all too well, but I had actually begun to feel it long before I left my home country for the first time.

With students at Temple University after the seminar in November 2013.

As an undergraduate, I started on a path of social criticism within a few days of enrolling in university after a professor came into class and showed very little interest in teaching, rather directing us to read 10 chapters of a textbook while he started on the 11th. With as much outrage as I could muster, I raised my hand and said “Excuse me sir, we paid full tuition and we deserve to be taught”! Apparently, one doesn’t say such things to a lecturer because my classmates turned around and looked at me with bewilderment. That was the day when I knew that I had to be different, and so I pursued my activism through journalism and public speaking. For the following three years, I contented myself with addressing every social ill that I could name in hard-hitting articles and speeches, and I built a reputation for being a ruthless critic. I felt that everything was blissful until I had an epiphany one evening in June 2008; it dawned on me that while my desires were not misguided and my potential was not in doubt, I had fairly limited skills or strategies to translate my advocacy into action. Worse still, few people in my immediate vicinity were well-positioned to guide me; as a matter of fact, they saw me as a hero. And so, I decided to change that reality.

I founded an organization that year and changed the course of my life; I decided that my advocacy will be practical and that I would do twice as much as I speak. I knew that I had the potential to be a very influential leader and that platforms will likely open up for me, but I also knew that we become leaders by the things we do, not the things we read or say. I realized that it is our ability to birth visible change in our communities that defines us as leaders. I was slightly heartbroken to find out at that time that I had not fully harnessed my strengths (my talents, my knowledge and my skills), and that I had neither put in the necessary hard work nor developed the strategy to be as relevant as I hoped to be. From that day, I committed myself to realize my highest potential through deliberate investment in my own learning and push my advocacy in education, I have attempted to create entrepreneurial ventures and support other young people in doing the same, I have created platforms for studying the inner workings of governance systems and to finetune approaches for doing things differently in my own time. I want to be ready before the next opportunity arrives.

The team I built through my first organization, The F.A.I.T.H. Initiative, in my final year as an undergraduate.

The advice which I gave to Simi is the same one which I have continued to give to every young person around me who has asked a similar question: “Find out what your strengths are, decide which of the many challenges in society you are best positioned to solve, put in the hard work to refine your knowledge and skills, and develop a strategy through which you hope to have tangible impact”. It is not sufficient to romanticize the process of creating change; none of the giant strides which have been taken by mankind happened overnight, and there is no reason to believe that the rules will be changed for you or me. There was a time when everyone looked at me and said they hoped that I will run for politics someday and make things better, but the more I study political and governance systems, the more convinced I am that people like me need to be very deliberate in preparing ourselves for such endeavours before launching out, otherwise we would both create harm and erode public confidence in the possibility of better days.

It is my firm belief that we can have true impact in our societies if we are humble enough to build around our core strengths with hard work and clear strategies. If that will be the case, we must be prepared to do the necessary before opportunity strikes.

1 thought on “Before Opportunity Strikes”