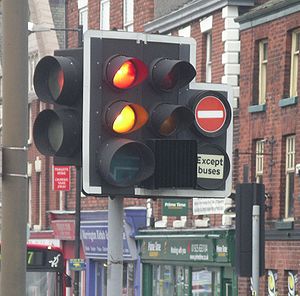 At about 9:35pm on Thursday 14th July 2011, I took the 20-minute walk from the Academic Village in the Maxwell School of Syracuse University to my house on Lexington Avenue. Just 5 minutes into the walk, on Walnut Avenue, I passed a traffic light. As expected, I paused to check all sides of the road to be sure that it was safe to cross the road (I haven’t paid for health insurance yet, so it will be in my best interest to avoid getting hit by a car.lol).

As I crossed the road, I noticed that I was the only one on the street. It was quite late and people had retired for the night long before; and it was quite chilly too. There was a car approaching at a distance behind me and as it approached the traffic light, I noticed that it slowed down. And stopped. That’s not surprising, right? The traffic light had turned red, and that signifies that cars are expected to stop until they get the all clear.

Coming from a system where traffic lights are routinely abused, I was impressed. But that was not all. Random thoughts began to fly in my head; the driver of that car was not compelled to wait until the light turned green; after all, there was no car approaching from any direction and there were no cops in sight. I’m pretty sure there were no security cameras to track his movement and even if there were, he would be far gone before a cop tracked him down. So what kept him from moving?

When I got over my admiration of the driver, and every other driver I have encountered here, especially my friend Natasha Hinds (who stops for 2 seconds at every stop sign, when she doesn’t necessarily have to wait that long), I decided to extract a lesson from the experience. One thing sprung to mind immediately: the simple fact that the driver could move that car through the traffic light and not be immediately penalized for it was not sufficient motivation for him to do it.

That applies to all of us; the mere fact that nobody will punish you for what you can do, but shouldn’t do (morally), is not enough reason for you to do it. It may be risk-free, it may be low-risk, but if it isn’t right, DON’T DO IT! I can think of a dozen cases to attach this to, but the ones that come to mind immediately will be the reckless attitude of young people to booze, cigarette and sex. Alchohol may appear harmless for now (nobody will arrest you if you’re old enough and if you don’t drink-drive; your parents probably drink also, cigarette you’re safe), Smoking may be a good way to keep warm in periods of extreme cold, but what about the hot summers that we’re experiencing now? Of course, sex is fun, they say (I wouldn’t know), and what could possibly be wrong with feeling comfortable with your prospective wife/husband?

All these ‘harmless’ indulgences are engaged in daily by young (and old) people with enough justifications for them, but the mere fact that one wouldn’t get punished for them is not enough reason to engage in them. Science has proven that alchohol drinkers are at risk of renal failure, smokers are at high risk of lung cancer and sex-related consequences are too numerous to list. And yes, God frowns at them too. So, why do people do them?

I’m not anybody’s dad and I have next to zero influence on what a person choses to do, but as I passed that traffic llight, these were the thoughts that passed through my head. And as I bowed my head to thank God for the lucidity of the thought, I decided to share it with you.

1 thought on “The Traffic Light”