The Power of ONE: Fred Swaniker’s Audacious Mission to Transform Africa

Has anyone ever attempted to paint a picture of a hardworking, determined global change-maker, without preconceived biases? We all have. Barring any sophisticated scientific postulations, our ideal change maker has the stern face of Rev. Martin Luther King Jr., the intimidating physique of Michael Jordan, the booming voice of Barack Obama, the overall clout of Nelson Mandela, the soaring networks of Bill Clinton, and perhaps, the dashing looks of John F. Kennedy. 35-year old Fred Swaniker has not the least of these things, yet he intends to lead the transformation of the African continent by tackling that one monster that one billion Africans have concluded to be their albatross: poor leadership. Dreamy stuff, right? Yeah, kind of. Fred has always been kind of a dreamer. 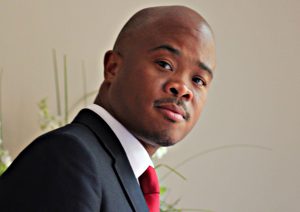 Different people get different ideas in Business School, and this was bound to be Fred’s fate. You could never get an MBA from Stanford and not think up audacious ideas, not especially if you had received a $124,000 scholarship from McKinsey & Co to enhance your business savvy. Instead of undertaking an internship with a private equity firm between the first and second years of the MBA like most of his peers, Fred utilized the license of having an already secured job to kick-start a microfinance project in Nigeria. During those Summer 2004 months, Fred and Peter Mombaur, his host and former boss, brainstormed several ideas – establishing an airline for West Africa, starting a wine farm in South Africa, and establishing a pan-African leadership institution among several other ideas. The idea of the school proved to be the most exciting, and a one-page business plan was instantly drafted. On a weekend trip to South Africa, Acha Leke, Fred’s other former manager at McKinsey was sold on the idea and he was equally excited. Eureka! That ideological and financial commitment from Peter and Acha rubber-stamped the project. It was game time!

Back at Stanford, Fred was introduced to a first-year MBA student; Michigan-native, Chris Bradford and they instantly got their hands dirty polishing the business plan and doing some ground work in South Africa. One year after, Fred made the decision to shoulder the huge debt; he quit McKinsey and focused full-time on his dream. He says today with a sardonic smile on his face that his disappointed mother did not speak to him for nine months after that shocking decision; she simply couldn’t understand how anyone would throw away such a promising career in America to return to the trenches of Africa. After setting up an advisory board of education experts including Margaret Nkrumah, founder of SOS International School in Ghana; Dr. Ralph Townsend, Headmaster of the prestigious Winchester College, UK and others, and gradually fine-tuning the idea over dinner with several friends for more than three years, the African Leadership Academy (ALA) was launched in Fall 2008 with significant support from several individuals and organizations across the world.

This chilly morning, Fred Swaniker sits in his tiny office space within the expansive 20-acre school premises and recollects highlights from the journey which he commenced eight years ago: “ALA was just an idea on a piece of paper, but we didn’t just get from there to here overnight; there were so many incremental steps – hiring the first three people, putting up a website, launching our first summer program with 35 kids, then the second summer program with another set of 35 kids, then more summer programs, bringing in some interns who helped to think through the curriculum, and then we opened our doors fully four years later. We received 1700 applications from 36 countries for our inaugural class, and after an intense screening process, our first group of young leaders showed up”. And they have continually shown up in their numbers since then; enthusiastic young leaders between the ages of 15-19 drawn from the 54 countries in Africa, who have demonstrated leadership potential, a passion for Africa, an entrepreneurial spirit, and a track record of community service.

Over the last five years, ALA has received more than 12,000 applications from over 44 countries, and the nearly 500 scholars who have been privileged to enter into the exclusive network have had good reason to believe in the vision of raising 6,000 leaders over 50 years who will work together ‘to achieve extraordinary social impact’ on the continent. With a unique curriculum embedded in Entrepreneurial Leadership and African Studies, interspersed with the Cambridge A-Levels, and resulting in the Culminating Service Project – a Community Service Project, Student-Run Business or Original Idea, ALA graduates witness a transformation of ginormous academic and social proportions within two years. 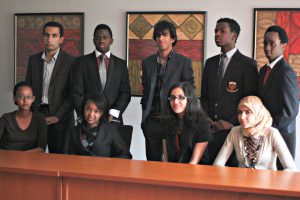 And the results speak for themselves; eight of the top ten prizes at the 2012 Southern African Science Olympiad were won by ALA students, out of over 22,400 participants; ALA recorded a 99% pass rate on the Cambridge International Examinations in 2012; 97% of the 2012 graduating class was placed at leading universities including Yale, Brown, Cornell, Duke, NYU, MIT and Stanford; more than $29million in scholarships has been awarded to ALA graduating students; and the $10,000 2012 Kathryn Davis Prize for Peace was awarded to two teams of ALA graduates. ALA graduate, Paul Lorem has been featured by Nicholas Kristof in the New York Times on his journey from South Sudan to Yale University, ALA received the 2012 Siebel Scholars Impact Award, Fred Swaniker was featured on CNN’s African Voices in October 2011, was named a Young Global Leader by the World Economic Forum in March 2012, and an Echoing Green Fellow along with Chris Bradford in June 2006. All these achievements are dwarfed by the 38 fully-managed non-profit and for-profit enterprises that have been launched by ALA graduates across the continent, which have led to recognition from the World Economic Forum for five ALA young leaders.

These preliminary results are perhaps the reason Fred is bullish about the potential impact that ALA graduates will have on the continent: “For me, it’s clear we wouldn’t have to wait 50 years to see the impact of this institution. I think about the various entrepreneurial challenges that our young leaders are organizing in Morocco, Zimbabwe, Kenya, Rwanda and Tanzania, and the spill-over effects that’s having on ventures that are being launched and the jobs that are being created; I think about our two young leaders, Sophie Umazi who started the ‘I am Kenyan’ project and Eddie Okech who launched the ‘White Fingers Peace Project’, both to promote large-scale peace ahead of the upcoming elections in Kenya; I think about the 300 young leaders who have graduated from here and the 200 who are here and the impact they are already having in their communities. When I think about the 50-year vision, the message is that we should not delude ourselves that Africa will be transformed overnight, so let’s dig ourselves in for the long haul”. And a long haul it really will be, but ALA has developed a strategy to keep the vision alive, so much that over the last eight years, ALA has engaged more than 200 interns and full-time staff, 3000 donors from all over the world, a network of 200 universities admitting graduates, over 300 companies granting internships, and more than 10,000 people in all who have been integral to the success of the institution.

This is perhaps an opportune time for Fred Swaniker to revel in his achievements, but for someone who has pioneered a biotechnology company in Cape Town, founded Global Leadership Ventures; a firm organizing leadership training for young leaders across the world, and the African Leadership Network; an agglomeration of Africa’s top thinkers and leaders, work has just started. He is busy gathering Africa’s top talent from across the world into a dynamic pool that can collaborate on fantastic projects on the continent. He says that “We are at a very unique period in African history and those who are on the ground and are able to play a role in transforming Africa will reap the benefits psychologically and financially. Too often, young Africans are blinded by what was and we’re not seeing what is to be”. Fred almost sounds like a philosopher, and perhaps should be in a class of his own, now that he is by far the face of a rapidly-transforming education sector in Africa with his fame blazing beyond the shores of the continent.

When guests visit the campus of the African Leadership Academy (and they always do), all across the elegant walls, these words bellow out among the six founding beliefs of the institution: The Power of ONE – individuals catalyse the actions of large groups and transform societies. Fred will never take sole credit for building ALA; he says “I was fortunate to have found great partners who believed in the idea, came on board and really committed their resources, lives, souls and energies, and helped to build this institution. The importance of the power of one is that individuals help to catalyse others and get everyone involved.”

previousWhat Was I Thinking?
nextBBC Newsday – 15 May 2013