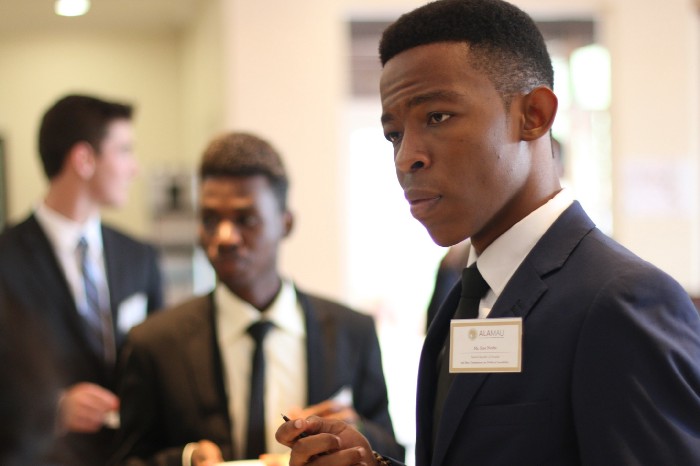 I was a guest on a radio program two weeks ago discussing the role that young Africans can play in helping to eradicate the physical and philosophical borders around the continent. There were two other guests who were dialled in, and the conversation lasted an hour. I opened the conversation with the thought that Africa’s borders, though selfishly drawn by colonial interests, have come to define much of our identity and have helped to segment us into groups with clear language and behavioural differences. I argued that while it is very attractive and contemporary to advocate for a complete demolishing of Africa’s borders, the reality will be far from ideal. We have travelled too far down our current paths to imagine that it will be feasible for Nigeria and Cameroon to be one cohesive entity, or for Ethiopia, Eritrea and Sudan to advocate the same things, how much more Morocco and Algeria? Perhaps easing the requirements for movement of people and goods across our borders will be a reasonable starting point, while we build a truly continental education that allows children growing up anywhere in Africa to understand the sacrifices of Funmilayo Ransome-Kuti as much as those of Haile Selassie, Ahmed Sekou Toure and Saad Zaghloul.

I thought the conversation was progressing smoothly even though my co-contributors chose to be more philosophical in their comments, focusing on the theories of Du Bois and Garvey and hoping for a utopian future for Africa. However, the mild enthusiasm which I retained for the discourse was rudely punctuated by a caller whose comments revolved around the fact the youth of nowadays were too lazy and disinterested in social affairs; in her opinion, the youth could not be bothered about voting or playing active roles in societal re-construction, and she went on and on until the radio host thanked her for her contributions. I was bemused! A disgruntled middle-aged lady had just hijacked a conversation focused on the active role of young people in enabling a bright future for Africa to complain that young people were not doing enough? I wanted to speak through the radio and ask her to get up from under the rock where she has been hiding and look around. The youth are awake! Matter of fact, they are woke!

I am frankly tired of the older generation bashing the youth for not engaging in public affairs the way they expect us to do. They think of the current youthful generation as the generation that spends so much time on social media to the detriment of everything else. They say that we don’t care enough about the values of a good education, hard work and striving for excellence. They could not be more wrong. I have grown up in a generation that is perhaps more passionate about making a difference than previous ones which I have read about. Yes, we do not always engage in social issues the way our forefathers did in the 1960s and 1970s when they liberated our continent from the scourge of colonialism, but we are no less determined.

Those who have made a career out of bashing the youth fail to realize that every generation engages with the world the way they find it, and our generation is engaging with an internet-driven world created by the same old people who blame us for utilizing it. It is unthinkable that our primary obsession will be with standing in endless queues to cast votes in an election when we have seen the disappointing outcomes of such endeavours manifest in our parents’ endless murmurs and loud rants. We are pursuing different ways of engaging with our world, constantly learning from the disappointments of generations past and quietly evaluating new avenues for involvement. Don’t be fooled by the stereotypical images of youth preferring parties over participation, or indulging in Instagram over creative imagination; that’s nothing but a smokescreen. Even among the preachy older generation, we are overwhelmed with evidence of wasted youth.

Each passing day, I am privileged to work directly and remotely with young people who are desperate to influence the path of the future world; they are studying, practicing, prototyping, failing and learning how to create change. The passion which I witness in today’s youth is matched by the possibilities enabled through generations of technological breakthrough. Today’s youth is not a lazy bunch; we are a group empowered by the world which we found. Anyone would have been pardoned for thinking that a young man born in 1990 was just wasting his time developing an app that allows people to record and upload short videos that disappear within 24 hours while displaying flower crown and dog ear filters, but Evan Spiegel has built Snapchat into a company worth more than $30 billion with an average of 300 million monthly users including the United Nations, World Economic Forum, White House, and at least four heads of state. With almost two thirds of its users being between the ages of 13–24, Snapchat has become the fastest growing social media platform, and it clearly speaks to young people in a way that irks the older generation.

Rather than bemoan the gradual demise of our world because of its young people, I challenge the older generation to switch to mentoring. I have never met a young person who turned down the opportunity to be mentored; rather, I have met countless young people who could not find a mentor. The wisdom inherent in the old must be matched by the passion of the young; if you are so bothered by the state of our world, hold someone’s hand and teach them about the road you have walked. Our world will be a much better place if we all took the chance to share our experiences and our ideas.