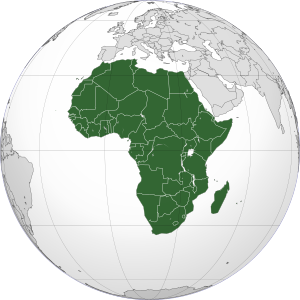 Many writers and scholars have identified the failure of leadership (political and otherwise) as the greatest challenge facing Africa, but I’ll differ in identifying the lack of qualitative education as Africa’s greatest challenge – and conversely, her greatest opportunity.

Politically, leadership has failed time and again, for several reasons – the prevalence of greed among our rulers, the lack of a governance framework that promotes accountability, the very nature of contemporary politics (characterized by subjugation and oppression of the non-political class) and several other factors which have been documented in wide-ranging literature. However, the failure of political leadership can also be attributed to the docility of the citizenry. In a society in which the governed lay forth no agenda for the government, demand next to no accountability from the government and refuse to bring the failed government to justice at the expiration of its tenure, leadership will continue to fail as often as it exists, and along with it, social development plummets.

Many African societies are populated by illiterate and poorly-educated citizens. Votes are routinely sacrificed on the altar of flimsy promises, political debates are inexistent, town-hall meetings are alien concepts, government activities are shrouded in secrecy, political leaders deliver no feedback to the people while continuously serving never-ending terms in government. Where else in the world do presidents serve thirty-year terms with almost nothing to show for their activities, yet amassing a cloud of followers? Where else in the world do underprivileged women dance around ‘wealthy’ politicians whenever they attend baseless functions? Where else in the world do Presidents abstain from the media, only releasing statements through uninformed aides? And where else does the Western world ship billions of dollars in foreign aid? 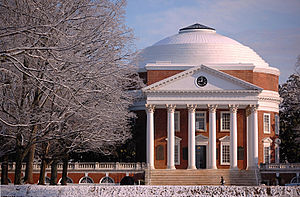 Africa’s greatest challenge is not leadership (as convincing as it sounds), it is a failure of education. Developed nations thrive on the mental strength of their enlightened citizens and bank on the expertise and ground-breaking outcomes of their educational and research activities. The Nigerian Universities Commission recognizes 36 Federal universities, 37 State universities and 45 private universities (a total of 118 universities) to cater for 157 million cirtizens while UNESCO lists 5,758 colleges and universities in the United States with 302 million citizens. New York State alone has at least 126 institutions of higher education while the Association of African Universities (AAU) had 270 members from 46 countries as of November 2011. As much as Africa claims to be doing in the area of higher education, it falls far below the mark required to significantly influence change in the continent.

However, before considering higher education, basic primary education should be analyzed. There is extremely minimal access to primary education for millions of African kids, and even those who are ‘privileged’ to have access to education are subjected to the worst conditions of learning that can be conceived by man. Students are perpetually ‘educated’ in classrooms built with palm fronds and taught to write in the sand. Students are confined to seat on mats and are exposed to unthinkable communicable diseases in the course of their learning. Sanitary conditions are better not imagined as students take to surrounding bushes whenever ‘nature calls’. With the high level of hardship that accompanies education, how could one expect so much from the millions who ‘benefit’ from this system and millions more who are not so fortunate? The United States of America can afford to declare mandatory basic primary education for her children but African nations cannot because there aren’t enough schools to cater for their kids, and the schools that exist are ill-positioned to be of any help.

The emancipation of Africa lies in building institutions to deliver qualitative education. The next generation of African youth deserve a system that encourages free thought, inspires ideas and fertilizes innovation. They deserve to be empowered to imagine creative solutions to problems and supported to actualize them. Imagine the vast numbers of privileged African youth who are fleeing the continent and contributing to the development of foreign countries because their countries detest them? Imagine the long list of African scholars spread across institutions globally, training brilliant minds and conducting wide-ranging research while their continent rots?

An educated Africa is the last great hope of the world!