Hard Things Are Hard. But What about Willpower? 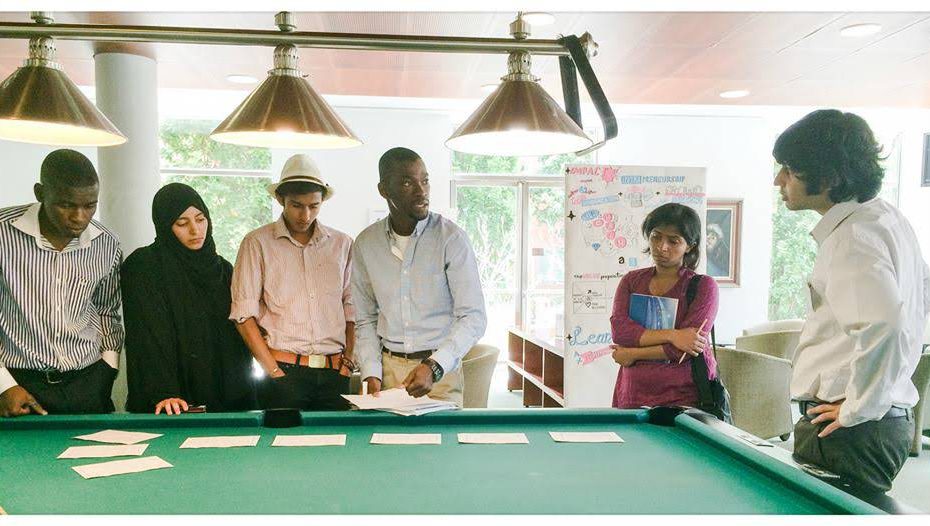 Hard things are hard, and that’s the hard thing about hard things. But not all things are hard, and at times, that’s a hard thing to accept. Like writing this article – conventionally, all that it takes is a five-paragraph outline and a general sense of the key idea that I want to communicate, plus at least 30 minutes of uninterrupted time. But for some reason, it has taken more than two months to write. Not that I have been sitting on this very thought for the last two months, but I made a commitment a while back to reactivate the habit of writing consistently, and I promptly lost the strength to do so. If you judge me, you are inevitably judging yourself. I know without a shadow of doubt that I am only one of several billion people who stare at seemingly easy things in the face and just can’t seem to do them, or to do them consistently.

Five years ago, I downloaded the app Elevate, which is a brain exercise app. I cannot say that it was a spur of the moment thing because I was curious about peak performance and optimizing elements of my day. Elevate is much more than brain exercise actually – it helped me figure out how to calculate 36 multiplied by 72. Go ahead and do it in less than 10 seconds. The point is this – it has math exercises, writing exercises, listening exercises, speaking exercises and reading exercises, and they are not as easy as you think. Yes, the concepts are basic, but many of us missed them in our earlier years (Go ahead and blame your primary school teacher).

And so, after a few days of using the free version of Elevate and getting three exercises daily, I fell for the temptation of paying for the pro version which offered unlimited games at $32 annually. For the following week, I played almost daily, and then twice a month for the following two months, and then I fell off the wagon. I also did not remember to cancel my subscription until I got the debit alert the following year. I nearly bit my tongue out of disgust because I was not counting on losing that money for something that I barely used. Was I upset at myself for failing to use much of my $32 or for forgetting to cancel the subscription? Actually, I was upset for both reasons. It was certainly not the first time that I had fallen into that trap, and I have since stuck with only the free versions of most apps, which tend to serve me just fine.

One of the other apps that I downloaded in my quest for personal mastery is Pocket. I really love Pocket. Because I consider myself an avid reader and because I like to think that spending time on Instagram is largely a waste, I find that Pocket satisfies my need for self-righteousness. With the app, I can aggregate short, medium and long-read articles from a wide range of sources, and I can read them in the “in-between” periods of my life – like standing in line to pay for groceries, queuing up at a government office to do one of those things that we wished someone else could do for us, or just taking a mental break before jumping on to the next thing. I have used Pocket for a few years, and I love how easy it is to feed my appetite for reading. One of the articles that I read on Pocket is titled “Why Willpower is Overrated”, by Brian Resnick. You can probably tell that I was attracted to the article because…duhh! I’m trying to master my life over here!

In the article, Brian Resnick starts by saying that “relying on willpower is a recipe for failure”. That got me hooked right away. He promptly dismissed the old thought that people who appear to be able to control their impulses have a lot of willpower and they know how to use it, while the rest of us are just not blessed with sufficient willpower. In one study referenced in the article, a 2011 publication in the Journal of Personality and Social Psychology, 205 people in Germany were tracked for a week, given a Blackberry which went off at random, asking them questions about their desires, temptations and self-control that they were experiencing at those moments. The surprising conclusion from that study was that people who were “best at self-control” reported fewer temptations altogether. So, in essence, they performed better because they were not even having to exercise self-control in the first place.

The most powerful conclusion from Resnick’s article was a statement from a psychologist, Brain Galla, who said “People who are good at self-control seem to be structuring their lives in a way to avoid having to make a self-control decision in the first place”. In essence, this is about developing better habits. Resnick says that structuring your life is a skill. He says that people who do the same activity, like running or meditating, at the same time each day have an easier time accomplishing their goals, not because of their willpower, but because the routine makes it easier.

As such, I have been trying to find pockets in my life where I can create that structure that makes me rely less on willpower. For one, I have been having more conversations with friends by simply putting dates in the calendar rather than hoping that we would both just magically make the time for it. I learned that if it is not in the calendar, it will not happen. Also, I think I have finally overcome the resistance to brushing my teeth EVERY night. I used to do it sporadically, but a subtle nudge from the dentist was enough for me to commit to doing it daily. And I have been able to do other things like publish three websites in two months, start a podcast, and launch an advisory firm to support social entrepreneurs with strategy and business development.

And so, while hard things are hard, one of the things that shouldn’t be so hard is creating the structure that allows you to optimize your personal results. Yet, it is a hard thing. Making mental decisions to do better will simply not suffice – you will have to structure your life to allow those results to come through. Like waking earlier, actually getting out of bed on time, and doing one critically important task very early in the morning before getting on with your day, and importantly before getting on your phone. Start taking things off your to-do list and start putting them in your calendar (that’s a whole other topic for a different day). Take your mind off the truly hard things in life, like reforming the United Nations or ending the trade war between the USA and China, – focus on getting ONE thing done at a time rather than thinking about the many other things that need doing. Maybe just maybe you’ll start to feel better about how effective you’re becoming. Maybe.

previousRussia Changed My Life: Five Lessons from Life in a Faraway Land
nextDear President Buhari, You are Responsible for October 20th, 2020