Are We Under Water Yet? The Climate Crisis is Real 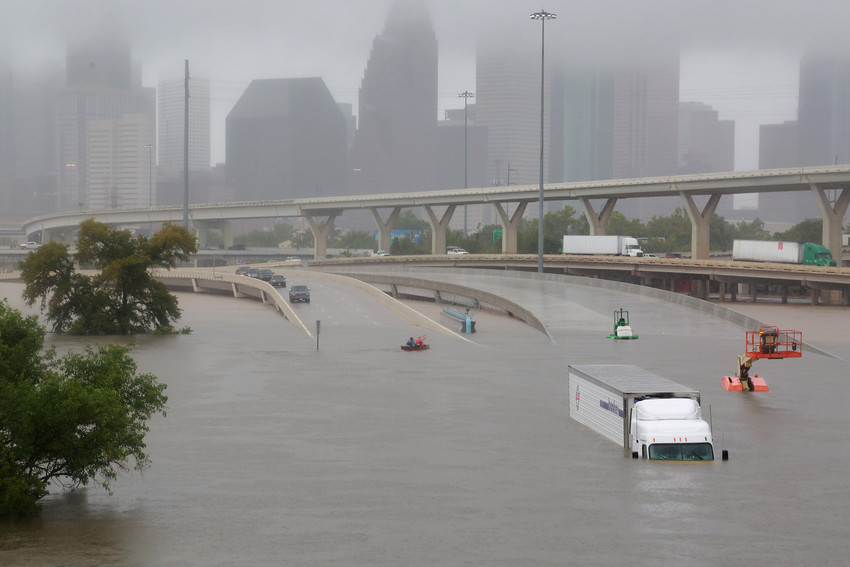 In June 2007, I was a reporter at The Guardian in Lagos, Nigeria. One of my first assignments was to cover an environmental conference. The proceedings were largely unremarkable for about an hour until one of the presenters made the bold assertion that “Lagos will be under water in less than 50 years”. I was jolted, much like everyone else in the room, but then bewilderment soon turned into disregard. At that time, it seemed incomprehensible that Africa’s most bustling city would suddenly disappear from view because of a “climate crisis”. What crisis?

Lagos sits on the edge of the Atlantic Ocean and is the heartbeat of Nigeria. Everything good in Nigeria passes through Lagos, but the city is bursting at the seams. About two decades ago, a massive land reclamation project kicked off as property developers began to explore expansion options for the city to cope with the massive demand for housing and commercial space. The outlying suburbs of Lekki and Ajah were booming, and so was Banana Island for the ultra-wealthy. Up sprung heavy duty machinery as the vision of the Eko Atlantic City begun to take shape, with the promise of accommodation 250,000 inhabitants. While the potential is undeniable, one could hardly make sense of the strategy of sand-filling the ocean.

In the time since construction commenced on the Eko Atlantic project in 2009, we have witnessed an increase of 0.14 inches (3.6 millimetres) per year in the global sea level; that is more than 2.5 times the increase per year throughout the 20th century. In 2019, the global mean sea level was 3.4 inches (87.6 millimetres) above the 1993 average. This is no ordinary statistic – the realities of global warming mean that glaciers and ice sheets are rapidly melting and increasing the volume of water in our oceans, in addition to the warming of ocean water and depletion of liquid water on land. In order words, sand-filling the ocean does not appear to be a very wise strategy as the volume of water is only going to increase over time. With nowhere to go, the water will inevitably rebound more ferociously than it has in prior times, increasing the risk of excessive rainfall, flooding, destructive storm surges, hurricanes and much more. The risk couldn’t be more real.

It is incredulous to imagine that the evident reality of our warming planet has been met with extreme politicization and deep-seated scepticism to science across the world. Scientists have been branded as alarmists; public advocates have been met with life-threatening opposition (227 were killed in 2020), and Greta Thunberg has been called everything from mentally-ill to communist propagandist. The opposition is relentless, but who are we fooling? Our planet is being pummelled from all corners – excess flooding in Europe, extreme temperatures in Asia, uncontrollable wildfires in North America, devastating hurricanes in South America and droughts in Africa. No one is immune from the effects of climate change, so why aren’t we taking this more seriously? What does a measured, responsible leadership response look like?

Firstly, we need to trust the professionals. No one disputes a terminal cancer diagnosis because there is a suspicion that the doctor might be a gloomy pessimist. It is foolhardy to trust scientists on daily weather forecasts, but then attempt to shut them up on long-term forecasts. We might not like the trendlines, but we cannot ignore them forever. Our planet is facing a real climate crisis, and that is not debatable. As Greta Thunberg said to the US Congress in September 2019, “I don’t want you to listen to me, I want you to listen to the scientists”.

Secondly, we need quality mass education on the climate crisis. Sustainability should no longer be a fashionable subject; it needs to form a compulsory core in curriculums across the world, and more importantly, it needs to be everywhere on the airwaves. In every city and village, we need to sensitize people about the options for individual action and the strategy for joint action. Let’s talk about responsible waste disposal; let’s talk about sustainable food consumption; let’s talk about practical energy conservation and everything else that is within our power. We might not individually contribute as much as the large corporations do, but we do not have a Planet B, and the blame game will get us nowhere. This is part of our new normal.

Thirdly, we need a climate crisis action plan. Very few countries and even fewer businesses have developed and communicated their strategies and timelines to scale back the unsustainable production practices that exacerbate our susceptibility to adverse climate events. And those who have communicated those plans are arguably choosing to be less ambitious than they could be. It is almost as though we are not fully convinced about the scale of the crisis and we want to retain an option for business as usual. We need to take this crisis seriously, but perhaps we need to see the first major cities go under water to spur us into action. Cities like Houston, Jakarta, Dhaka, Venice, Bangkok, New Orleans, Alexandria and Miami are estimated by the World Economic Forum to be at highest risk. What’s it going to take to see more urgent climate action? Hopefully not Lagos under water. The clock is ticking.