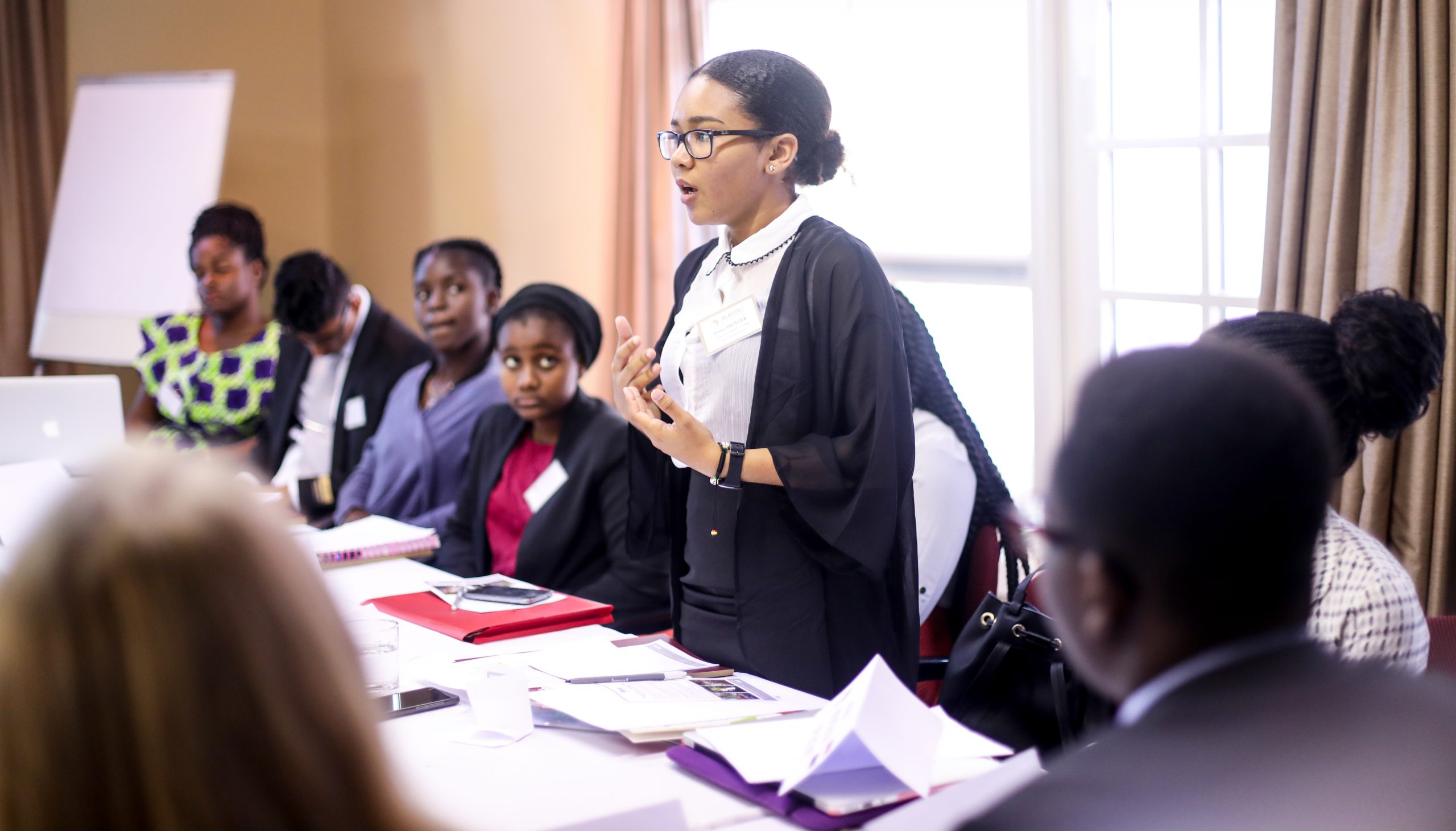 I have often been asked what prompted me to establish the ALA Model African Union (ALAMAU) in 2013. Truthfully, I cannot take sole credit for the idea. The bottom line is that I was inspired by the passion of the young people whom I found at African Leadership Academy when I arrived in August 2012.

I was born and raised in Ibadan, Nigeria and there were a few things constant throughout my childhood: poor electricity, poor drinking water, bad roads, military coups, teachers and doctors on strike, endless complaints about the government, and newspapers. My dad brought newspapers home from the office every single day and they were the delight of my life. I craved the hours after dinner when I could sneak the papers from my dad’s bedroom and consume the contents from back to front. My political consciousness was built in those evening hours and I quickly developed a keen understanding of the world as well as a strong sense of discomfort with the way things were done. However, the most prominent lesson learned in my childhood was the knowledge that politics was a no-go area; one could aspire to be anything imaginable, but definitely not a politician.

However, my journey took me through journalism into education then non-profit management and back to education and I got involved with several organizations and projects along the line. I got interested in leadership and enterprise development, public speaking and mentoring. I spoke at several conferences and had the privilege of travelling the world, but my search for deep meaning continued. Then I heard about African Leadership Academy and decided that I needed to fold everything up and move to Johannesburg, which I did. Within a week of arriving at the Academy, I had started down the path of establishing the International Relations Council which has since become the home for the Model African Union.

So, why exactly did I establish the Model African Union? I knew that something needed to shift in the way that citizens approach their governments. I was raised on a system of fear which ensured that I expected little from governments and cared even less about them. I however realized that no matter how hard I tried, I could not ignore governments and public officials – their actions and inactions influence education policy, healthcare, elections, and all manner of social services. I realized that we would all be better off seeking to understand how governments and multilateral organizations work, and perhaps seek means of engaging with them better. So I combined all my skills and passion for education, writing, public speaking, international affairs, mentoring and project management and begun to design a program which I believe will prepare the next generation of effective public sector leaders and global diplomatic leaders.

Four years down the line, and having just concluded our biggest and most successful conference yet, the dream is very much alive. I have been privileged to teach several classes, supervise countless research projects and work with more than 200 outstanding leaders in developing this program. I have seen the delight in the faces of more than 400 delegates and 90 educators who have travelled from the ends of the world to attend ALAMAU, and I have seen the tangible outcomes that these conferences have created.

Above all else, I believe that ALAMAU is an educational experience. The solutions that are outlined at the conference might not be very applicable immediately to the many challenges confronting the continent, but the discipline and focus that are exerted during the conference constitute part of the preparation that Africa’s future leaders must undergo. No one becomes great immediately they start, but they must start to become great. I have seen more than enough these past four years to believe that we work we are doing truly matters and Africa’s future will be much brighter than its past if we persist in doing the right things.

I truly cannot wait to see what the future holds for ALAMAU. It is one of the greatest privileges of my life to be able to walk this journey of helping to prepare the generation that will truly transform Africa.

Delegates to ALAMAU serve as representatives of various African governments on organs of the African Union, affording them the opportunity to study complex African issues, understand the positions of African countries, and learn to successfully negotiate without compromising national interests. By assuming the roles of African leaders, ALAMAU aims to empower young leaders to model international cooperation for development while celebrating diversity.

4 thoughts on “Why I Established The ALA Model African Union”